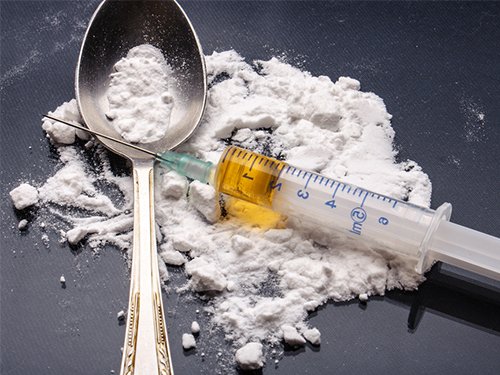 General Overview
Heroin is an opioid drug that is synthesized from morphine, a naturally occurring substance extracted from the seed pod of the Asian opium poppy plant. Heroin usually appears as a white or brown powder or as a black sticky substance, known as “black tar heroin.”

Prescription Opioid Abuse: A First Step to Heroin Use Prescription opioid pain medications such as Oxycontin and Vicodin can have effects similar to heroin when taken in doses or in ways other than prescribed, and they are currently among the most commonly abused drugs. Research now suggests that abuse of these drugs may open the door to heroin abuse. Nearly half of young people who inject heroin surveyed in three recent studies reported abusing prescription opioids before starting to use heroin. Some individuals reported taking up heroin because it is cheaper and easier to obtain than prescription opioids. Many of these young people also report that crushing prescription opioid pills to snort or inject the powder provided their initiation into these methods of drug administration.

Effect
Injection Drug Use and HIV and HCV Infection People who inject drugs are at high risk of contracting HIV and hepatitis C (HCV). This is because these diseases are transmitted through contact with blood or other bodily fluids, which can occur when sharing needles or other injection drug use equipment.

How does Heroin affect the brain? 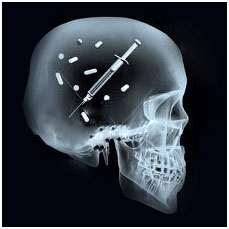 When it enters the brain, heroin is converted back into morphine, which binds to molecules on cells known as opioid receptors. These receptors are located in many areas of the brain (and in the body), especially those involved in the perception of pain and in reward. Opioid receptors are also located in the brain stem, which controls automatic processes critical for life, such as blood pressure, arousal, and respiration.
Heroin overdoses frequently involve a suppression of breathing. This can affect the amount of oxygen that reaches the brain, a condition called hypoxia. Hypoxia can have short- and long-term psychological and neurological effects, including coma and permanent brain damage.
After an intravenous injection of heroin, users report feeling a surge of euphoria (“rush”) accompanied by dry mouth, a warm flushing of the skin, heaviness of the extremities, and clouded mental functioning. Following this initial euphoria, the user goes “on the nod,” an alternately wakeful and drowsy state. Users who do not inject the drug may not experience the initial rush, but other effects are the same.
Researchers are also investigating the long-term effects of opioid addiction on the brain. One result is tolerance, in which more of the drug is needed to achieve the same intensity of effect. Another result is dependence, characterized by the need to continue use of the drug to avoid withdrawal symptoms. Studies have shown some deterioration of the brain’s white matter due to heroin use, which may affect decision-making abilities, the ability to regulate behavior, and responses to stressful situations.

What are the other health effects of Heroin?
Heroin abuse is associated with a number of serious health conditions, including fatal overdose, spontaneous abortion, and infectious diseases like hepatitis and HIV. Chronic users may develop collapsed veins, infection of the heart lining and valves, abscesses, constipation and gastrointestinal cramping, and liver or kidney disease. Pulmonary complications, including various types of pneumonia, may result from the poor health of the user as well as from heroin’s effects on breathing. In addition to the effects of the drug itself, street heroin often contains toxic contaminants or additives that can clog blood vessels leading to the lungs, liver, kidneys, or brain, causing permanent damage to vital organs. 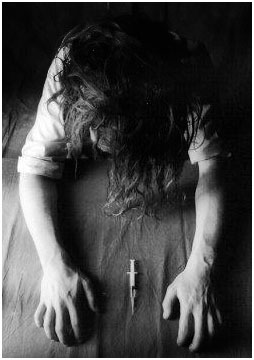 Chronic use of heroin leads to physical dependence, a state in which the body has adapted to the presence of the drug. If a dependent user reduces or stops use of the drug abruptly, he or she may experience severe symptoms of withdrawal. These symptoms—which can begin as early as a few hours after the last drug administration—can include restlessness, muscle and bone pain, insomnia, diarrhea and vomiting, cold flashes with goose bumps (“cold turkey”), and kicking movements (“kicking the habit”). Users also experience severe craving for the drug during withdrawal, which can precipitate continued abuse and/or relapse.
Besides the risk of spontaneous abortion, heroin abuse during pregnancy (together with related factors like poor nutrition and inadequate prenatal care) is also associated with low birth weight, an important risk factor for later delays in development. Additionally, if the mother is regularly abusing the drug, the infant may be born physically dependent on heroin and could suffer from neonatal abstinence syndrome (NAS), a drug withdrawal syndrome in infants that requires hospitalization. According to a recent study, treating opioid-addicted pregnant mothers with buprenorphine (a medication for opioid dependence) can reduce NAS symptoms in babies and shorten their hospital stays. Treatment
A range of treatments including behavioral therapies and medications are effective at helping patients stop using heroin and return to stable and productive lives. Medications include buprenorphine and methadone, both of which work by binding to the same cell receptors as heroin but more weakly, helping a person wean off the drug and reduce craving; and naltrexone, which blocks opioid receptors and prevents the drug from having an effect (patients sometimes have trouble complying with naltrexone treatment, but a new long-acting version given by injection in a doctor’s office may increase this treatment’s efficacy). Another drug called naloxone is sometimes used as an emergency treatment to counteract the effects of heroin overdose.